The team behind Eternal Beauty, shot on location in Wales with Welsh cast and crew, and screening in cinemas now, has partnered with the Film and TV Charity to raise awareness of mental health behind the scenes.

Eternal Beauty, funded by Ffilm Cymru and promoted as part of Film Hub Wales’ Made in Wales strand, encourages us to have important conversations about mental health.

The Film and TV Charity has supported talented, creative people working behind the scenes in UK film, TV and cinema for nearly 100 years. So they understand what it takes to keep the cameras rolling, and how hard this year in particular had been. Even for those back in work, the impact of new regulations may be unsettling and many people are feeling isolated and worried. 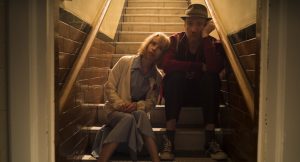 he team wanted to raise awareness of mental health amongst the film community so decided to create an outreach campaign including a mental health e-book for everyone who works behind the scenes in the industry in Wales. The initiative has been supported by Bulldog Film Distribution, Cliff Edge Pictures, Creative Wales, Ffilm Cymru Wales, Film Hub Wales and Inclusive Cinema.

The Film and TV Charity offers a range of financial and mental wellbeing resources, free to everyone who works in the industry.

Last year the Film and TV Charity conducted research that showed the scale of the mental health problem faced by the industry. The charity has now launched a movement for change and is working with others in the industry who share their concern for the mental health of the workforce to deliver more support and change behaviour.

As well as speaking to the charity via the 24-hour Support Line 0800 054 00 00, workers in the industry can use an online mental health community, delivered by Togetherall and available to everyone in the industry during the pandemic. Here people can talk anonymously, in a safe space and, access can be shared with a colleague or even a member of the person’s household or close family – because sometimes your mental health can depend upon the mental health of those nearest to you. 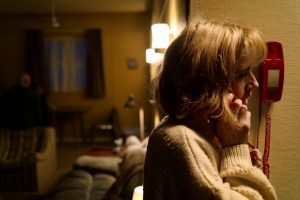 The Film and TV Charity has also partnered with leading UK mental health charity Mind to provide advice on looking after yourself and others around you, including ’10 suggestions on talking about suicide’. They recommend checking-in with a team or crew member who’s been a bit quiet lately and “remember to ask twice”.

The charity also recommends talking more openly about mental health and considering confiding in a trusted colleague. The charity’s research found that although only a small number of people would speak to a manager about their mental health, nearly 9 in 10 people said they would feel comfortable supporting a peer and that people may be more willing to help than you might think.

Grieving for someone who took their own life can be especially traumatic. The charity’s Support Line can arrange bereavement counselling sessions.

The charity is encouraging people to take action and share information with friends and colleagues by adding the Support Line number to email footers, call sheets and on-set and in-office Covid-19 signage to ensure colleagues know support is available. 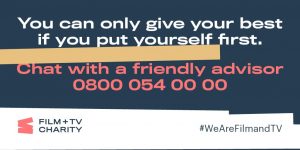