John Brabourne Awards awardees from the First Round of 2020 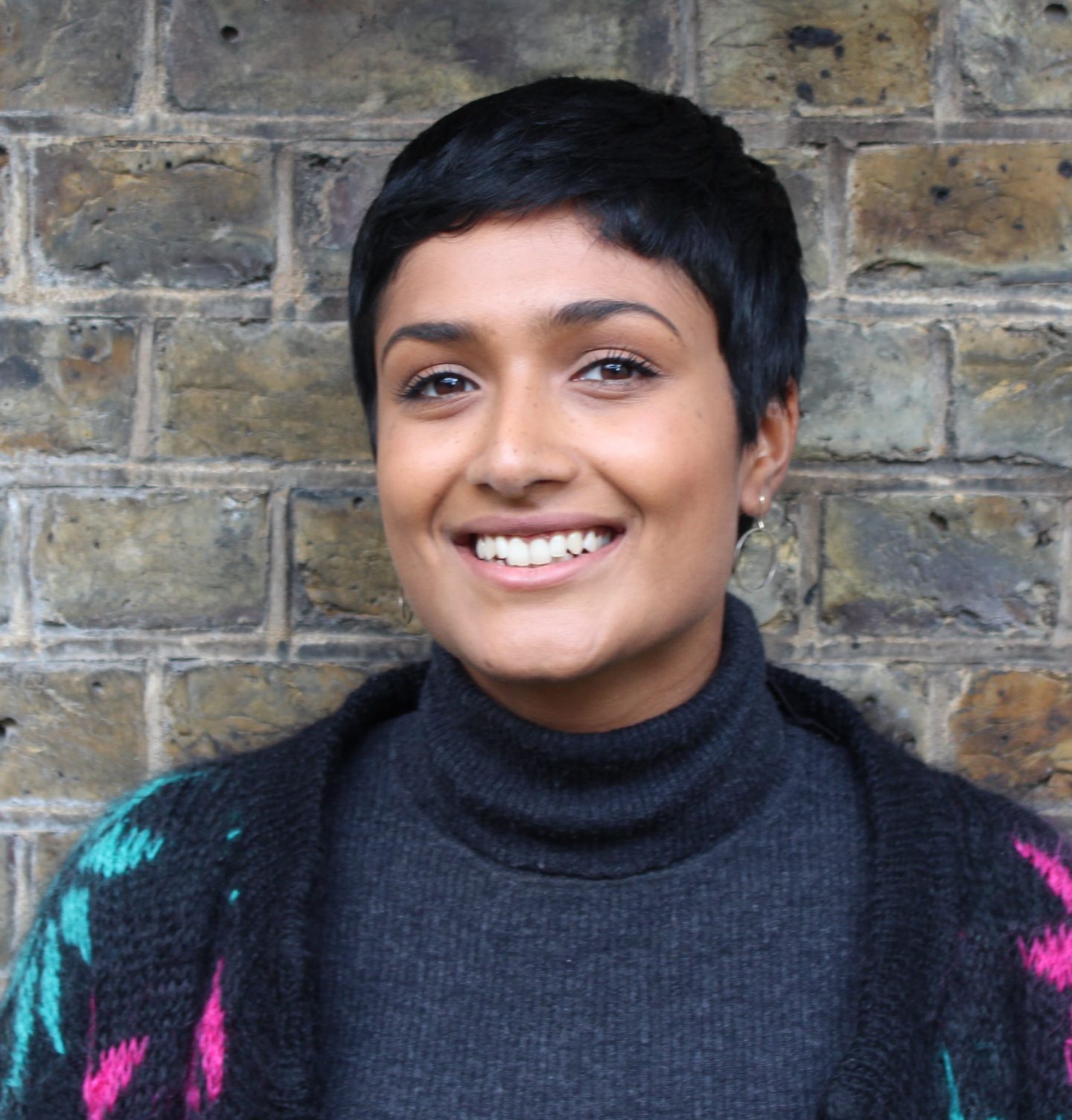 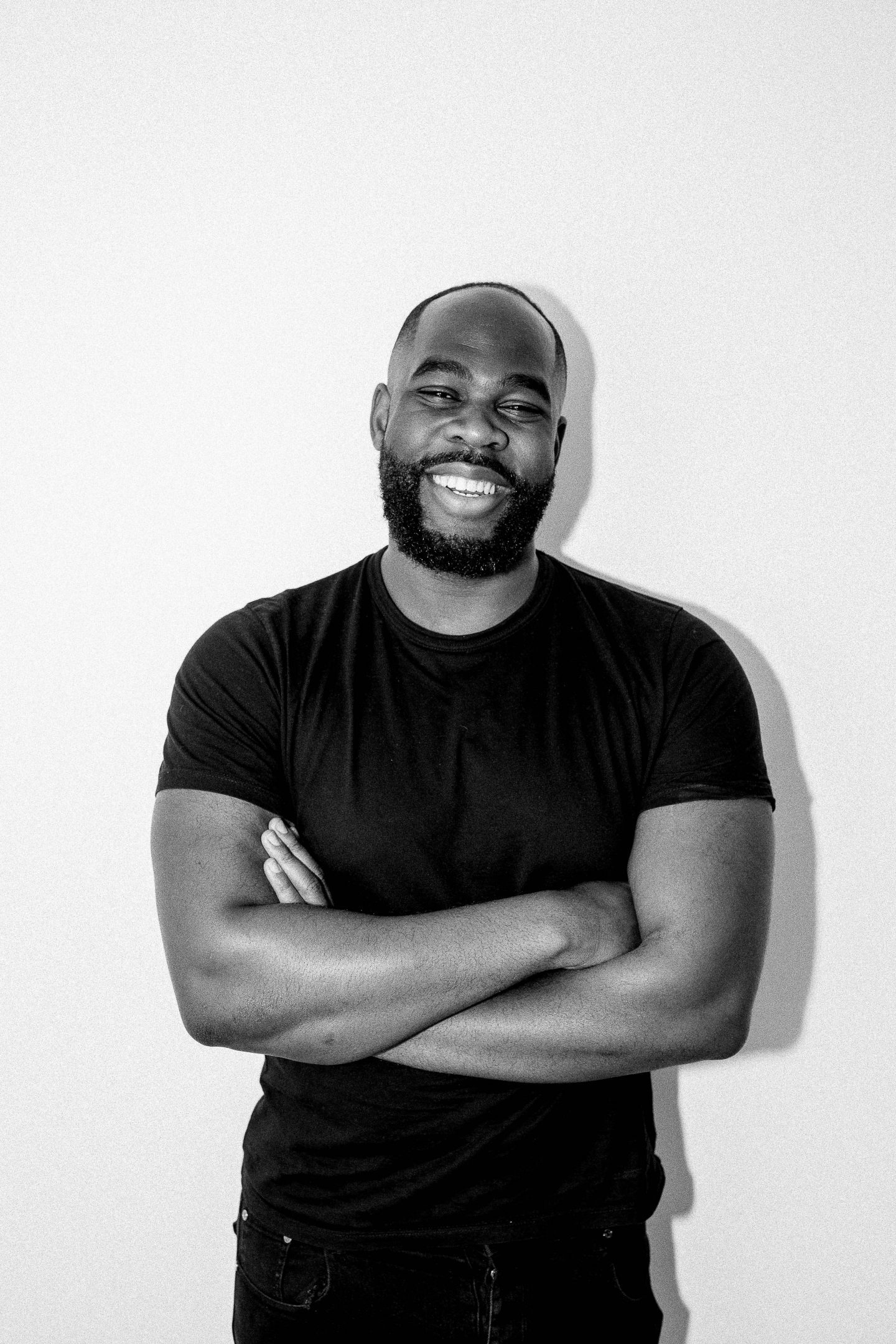 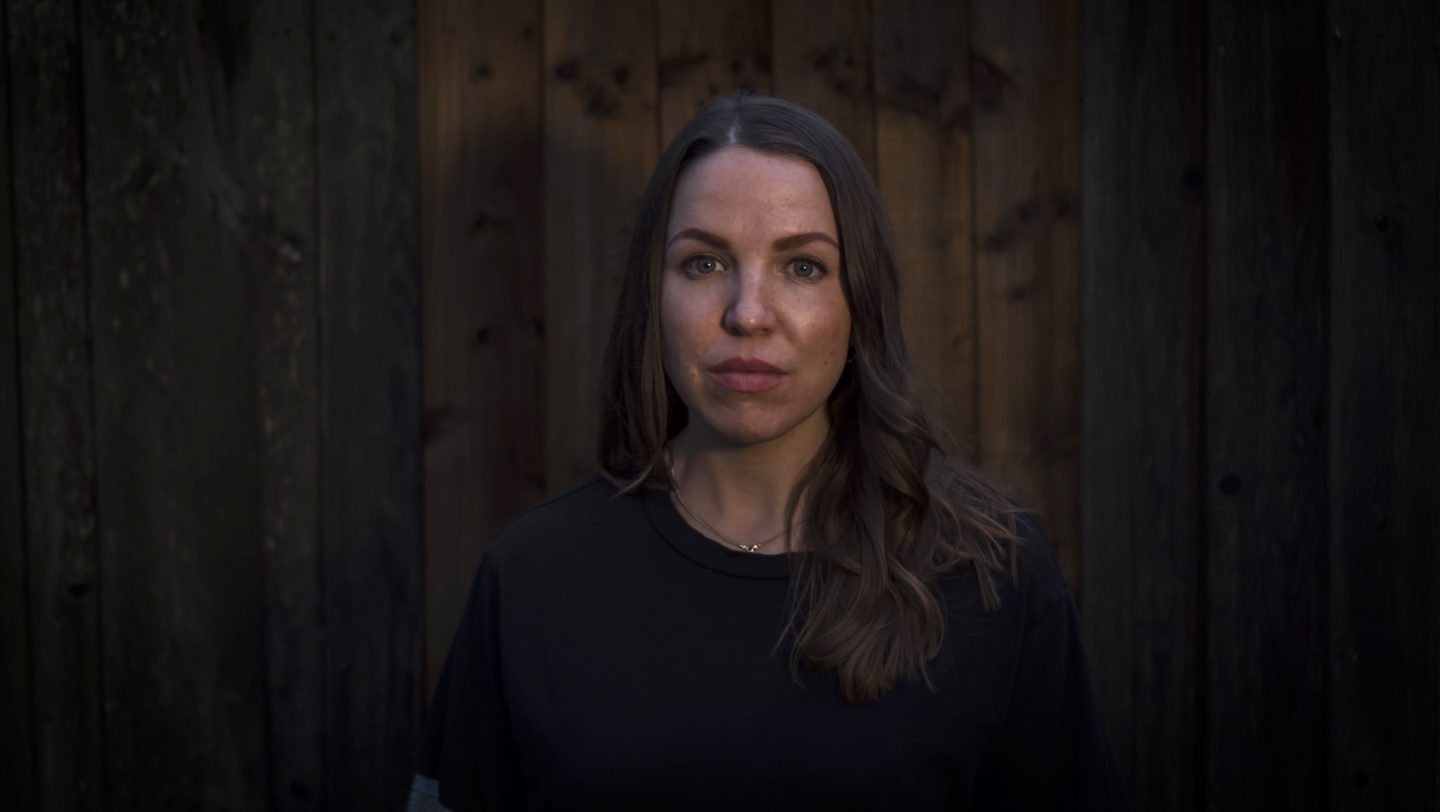 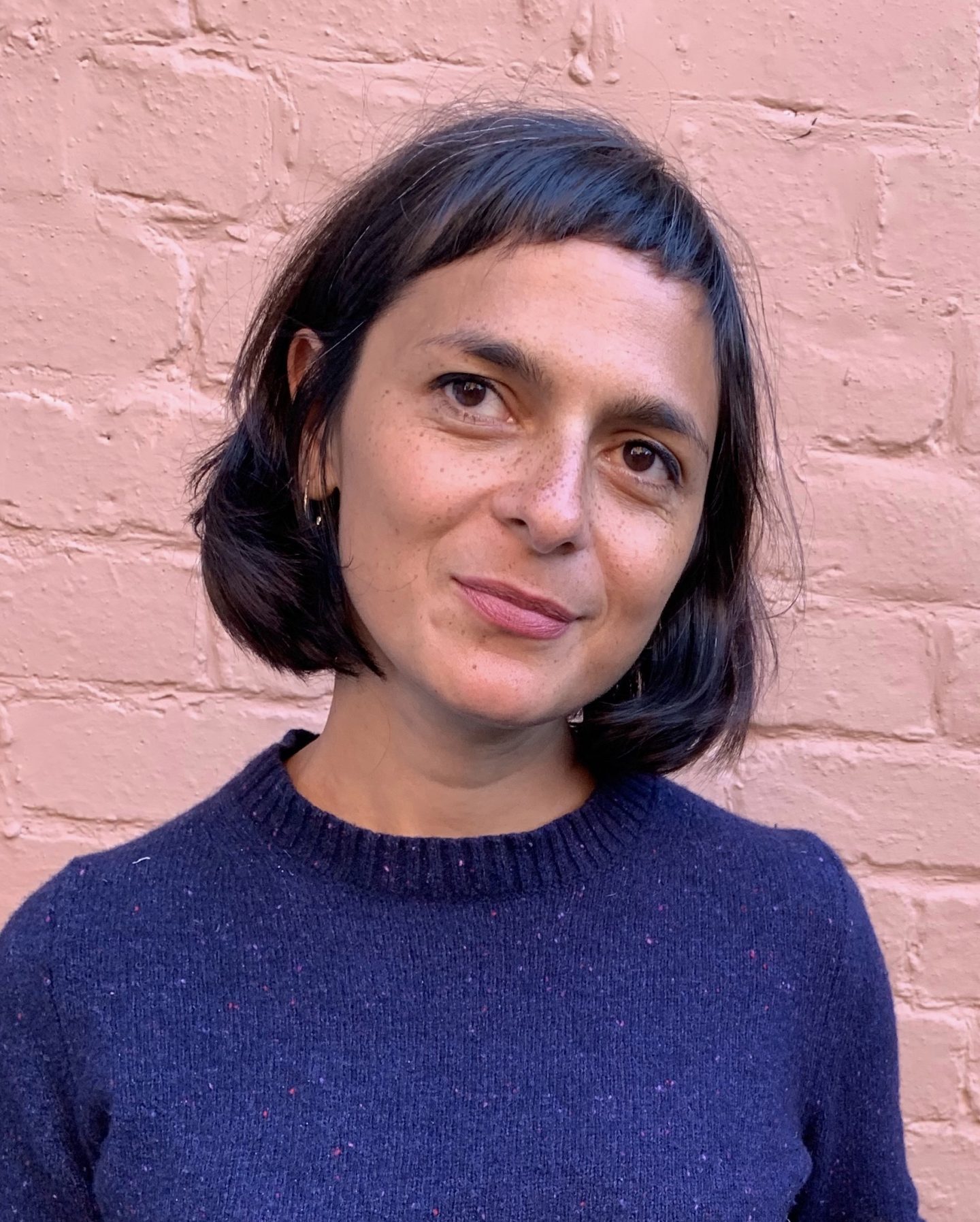 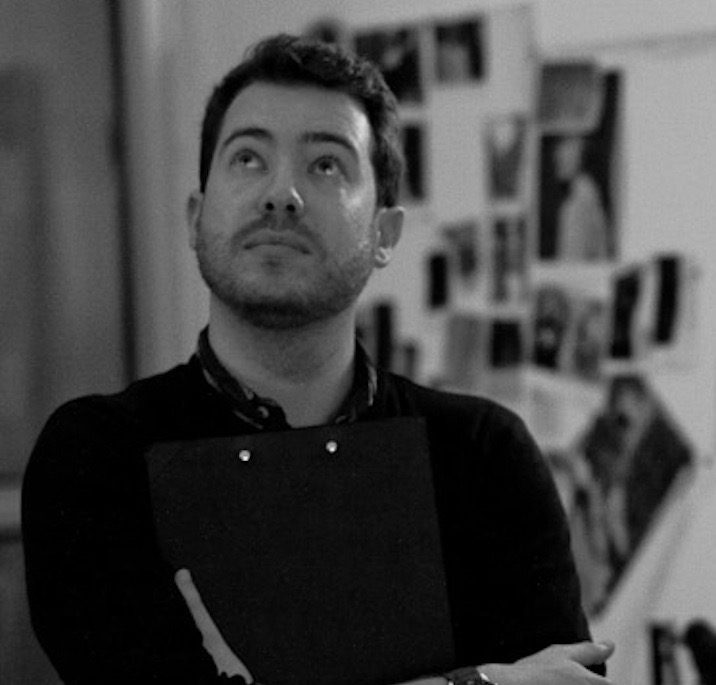 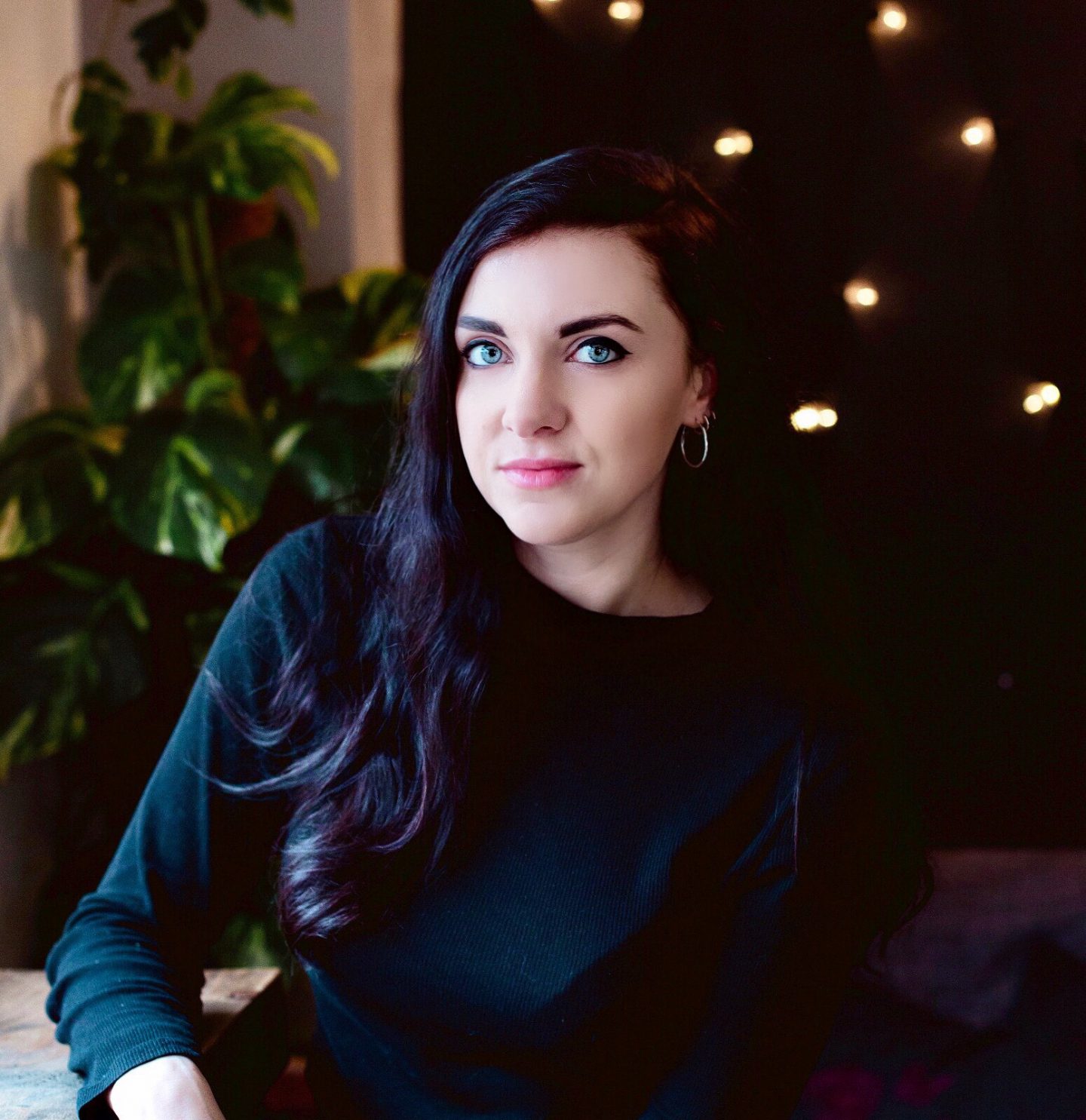 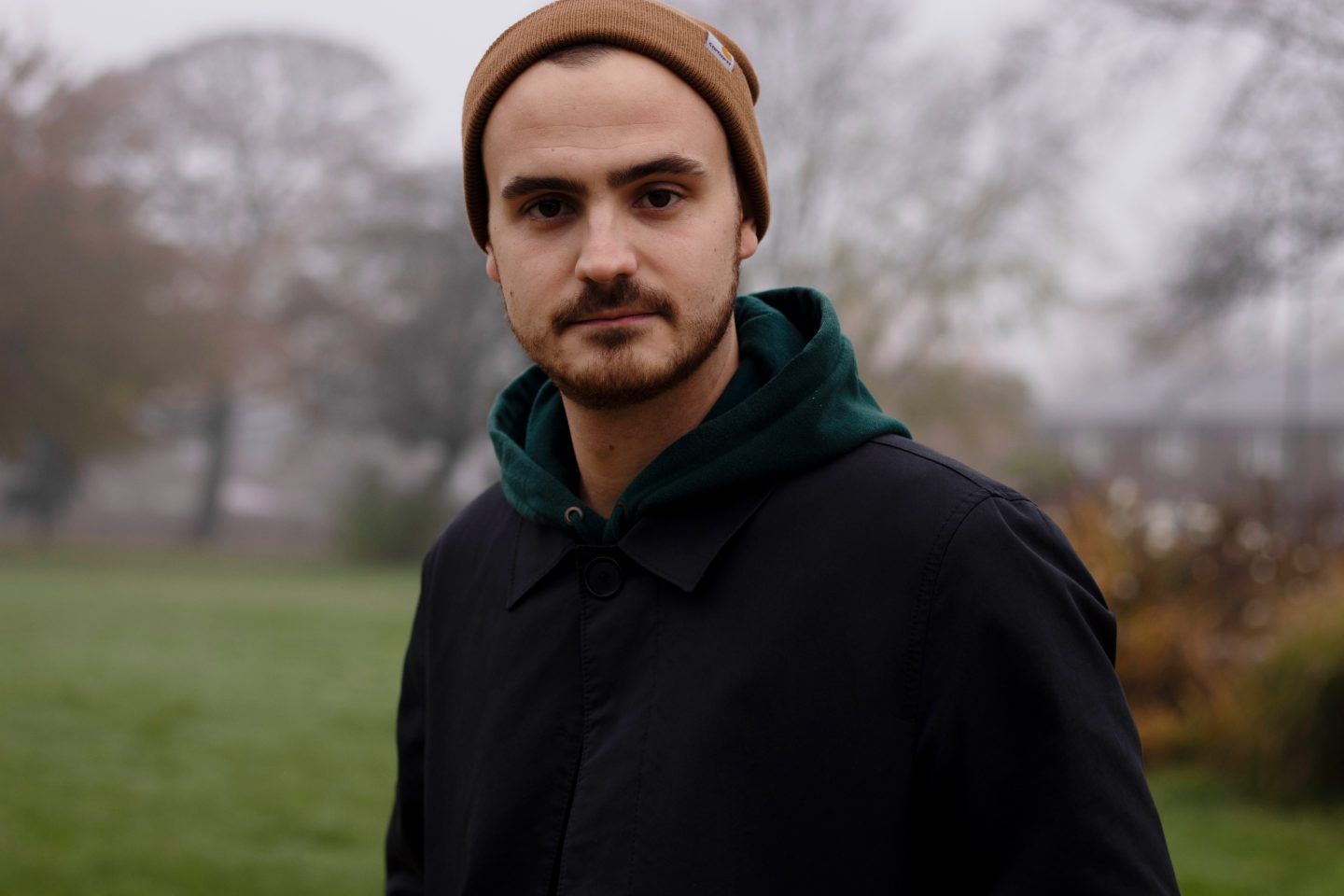 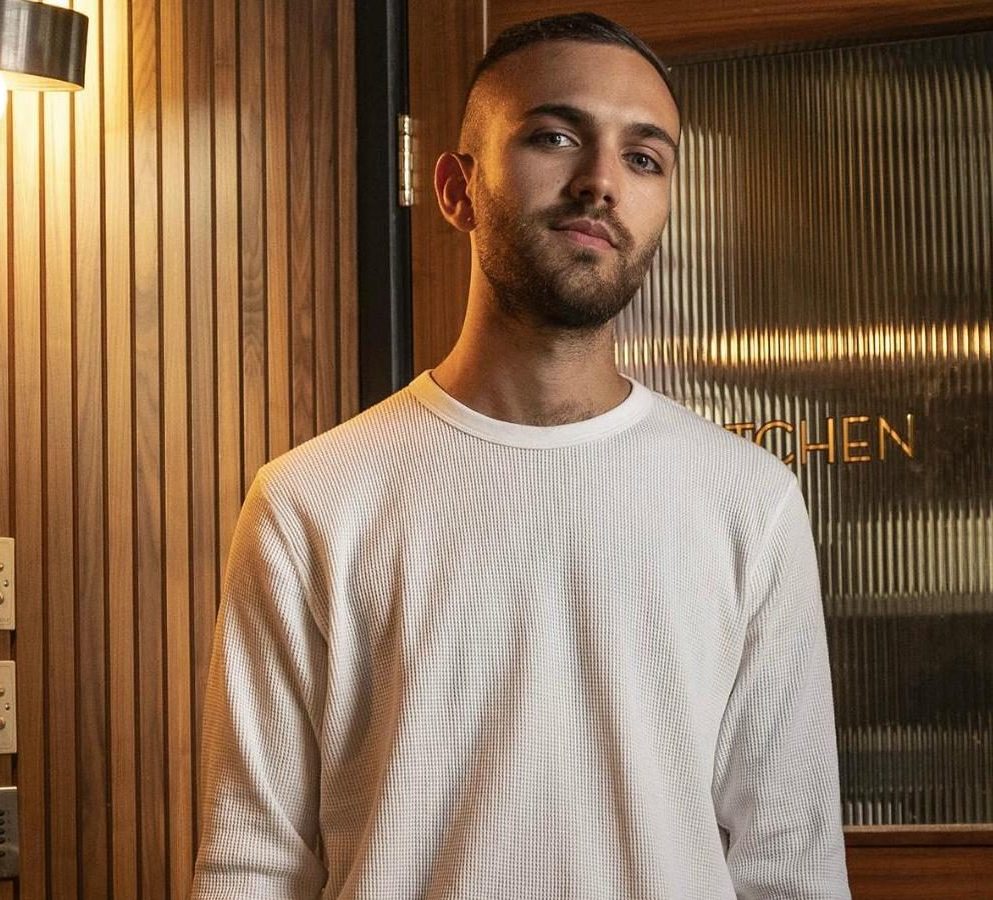 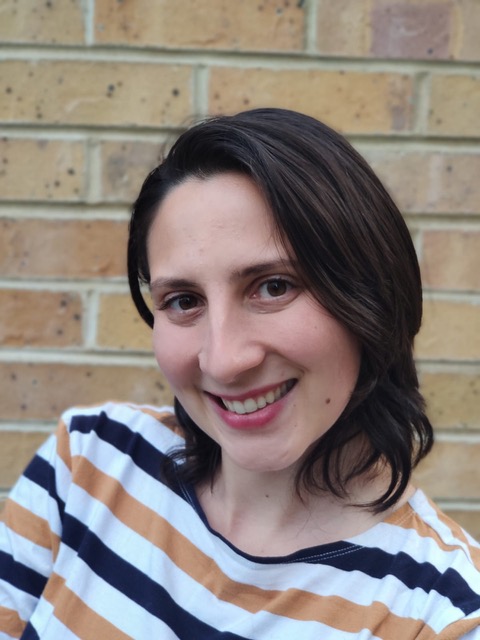 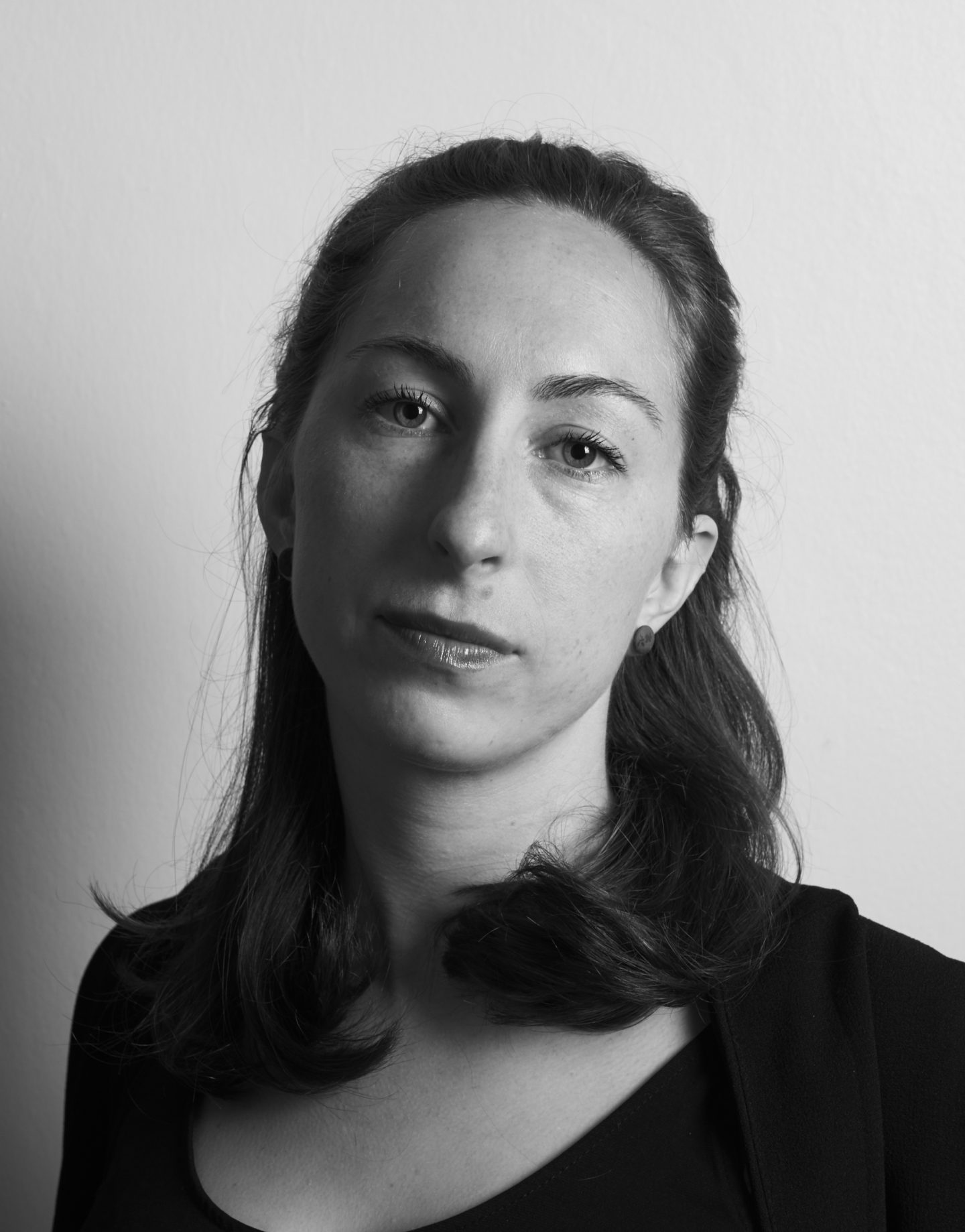 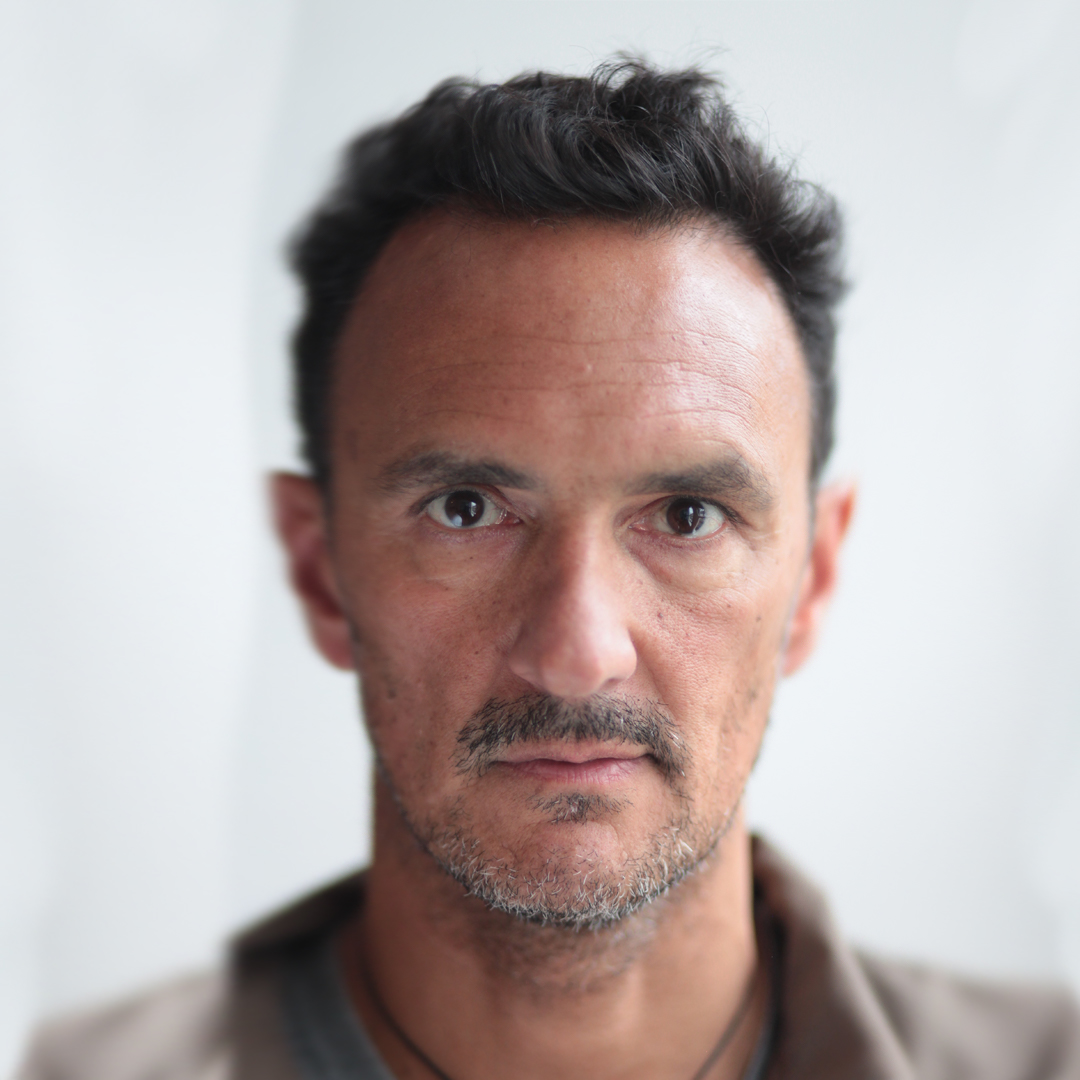 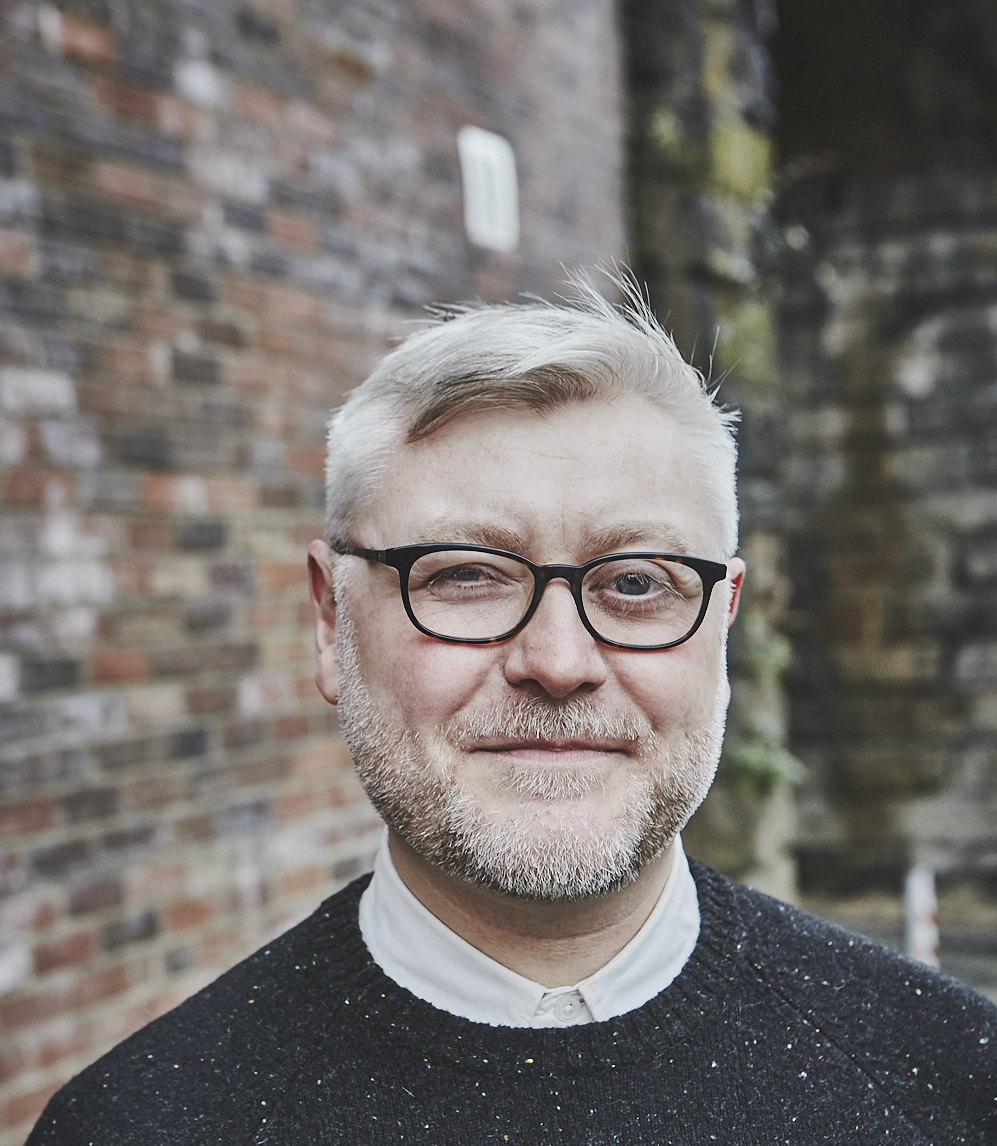 Chloe is a British Sri Lankan filmmaker and artist based in London. She has twice been shortlisted for New Contemporaries (2018, 2019) and is a graduating student of the BA Fine Art at Central Saint Martins. Chloe is the Marketing Coordinator for documentary distributor Dogwoof in London, responsible for the execution of all UK Theatrical campaigns. Notable campaigns include Apollo 11, Oscar®-winning and BAFTA-winning Free Solo, and BAFTA-nominated Three Identical Strangers. Chloe also programs for the UK’s only short doc festival, Cheap Cuts. Chloe’s award will enable her to develop her first feature documentary It Didn’t Start With You.

Abraham is an award-winning writer/director and playwright from London. In 2020 his directorial debut No More Wings was named Best Narrative Short at Tribeca. Abraham participated in the prestigious Royal Court Writers’ Group and his works for stage have played at theatres including the Hammersmith Lyric and Theatre Royal Stratford East. His play These Minging Streets was long listed for the Alfred Fagon Award in 2018. His debut full-length play All the Shit I Can’t Say to my Dad was staged at London theatre The Bunker. In 2019 he won the Soho House screenwriting competition Script House. He’s currently on commission with Channel 4, developing an original pilot as part of their 4Screenwriting programme.

Kyla is a writer/director based in London. Her critically acclaimed drama Undocument, nominated for two BIFAs, is currently in UK cinemas. Her short Mercury has won awards at festivals around the world and is now being developed into her next feature The Cockatoo Inn.
Kyla has a background in video art and has directed promos for clients including Armani, DKNY and Atlantic Records. She is currently creating content for artists with First Access Entertainment and also works as a script supervisor on TV shows for companies including HBO, BBC and Sky. Kyla received an MA from London Film School for her short The Interpreter, which was long listed for a BAFTA and awarded Best Student Short and Special Mention for Best Woman Director at London Short Film Festival.

Dhivya is a documentary director based in Liverpool who has worked for BBC, ITV and More 4. Her last project, the moving feature-documentary Glasgow, Love and Apartheid (Hopscotch Films, 2018), used her grandfather’s 8mm archive to explore the family’s anti-apartheid activism in South Africa and Scotland and unearthed a hitherto unknown story about Mandela hiding at the family home in Pietermaritzburg in the early 1960s. The film was nominated for RTS and Celtic Media Festival awards. It screened at the Glasgow Film Theatre as part of Black History Month before being broadcast on BBC Scotland. Dhivya has worked in doc development and production for the last ten years, primarily in Scotland. Prior to that, she worked in international film sales in London. In 2019 Dhivya was selected for the BFI/Film Hub North Script Lab and is currently in development with them on a short film script, The Barber. She is also developing a slate of doc projects using found footage exploring diversity and migration.

Dominic is a filmmaker based in London. He produced the BIFA long-listed short Ashmina, which premiered at the BFI London Film Festival in 2018 and went on to screen at over 130 festivals around the world. He co-produced feature The Martini Shot, starring Matthew Modine, John Cleese, and Sir Derek Jacobi. His directorial debut Eshet Chayil, filming this summer, was awarded a grant by The Pears Short Film Fund at UK Jewish Film. He has several short and feature length scripts in development.

Emily is an independent film producer and founder of production label Everdee Media. She graduated in 2019 with an MA in Producing from NFTS with scholarships from BAFTA and Warner Bros. Creative Talent, and was mentored by Tim Bevan. Since graduation, Emily has produced five shorts including Mandem (Dir. John Ogunmuyiwa), which screened at BFI Flare, and The Call Centre (Dir. Louisa Connolly-Burnham), which has now garnered 500,000 views on Omeleto.
Emily was nominated for Best Producer at Underwire for her work on The Call Centre and Strange Days (Dir. Alice Seabright). Emily’s award will support the development of her production slate, which includes an absurdist-horror adaptation of a literary classic, a father-daughter drama set in the world of sport, and a Scottish love story.

Jack is a writer/director currently developing his first feature Lambing Season with Delaval Film and the BFI. The project was selected for Edinburgh’s Talent Lab Connects and has development support from Hurricane Films. In 2020 Jack was selected for BFI Network x BAFTA Crew Mentorship and was paired with BAFTA award-winning Michael Pearce (Beast, Keeping Up with the Joneses). Jack’s short films have screened at numerous BAFTA and Oscar qualifying film festivals, screened on Short of the Week, and he previously won the Audience Award at Leeds. His second short, A Life Hereafter, funded by Arts Council England, was acquired by Channel 4’s Random Acts.
Jack has just completed his latest short Doggerland, funded by BFI Network, Intermission, and Genera Films, and is continuing to expand his feature slate.

Moin is a Writer/Director based in London. His short films have screened in competition at festivals around the world, including Cannes’ La Semaine De La Critique, Sitges, BFI London Film Festival and Edinburgh. He is currently developing his first feature Birchanger Green with Film4 and the project has been selected to take part in both the Torino ScriptLab and Cinéfondation’s Atelier at Cannes. A Screen International Star of Tomorrow, Moin is represented by Casarotto Ramsay & Associates in the UK and UTA in the US.

Elettra is a Producer based in London who has produced several shorts including award-winning The Dead Ones which was selected by BAFTA, Oscar and European Film Academy qualifying festivals. Her latest film The Act, by Thomas Hescott, is an LGBT love story set in 1965 London starring Samuel Barnett and Simon Lennon. Elettra’s first feature documentary, Gualtiero Marchesi: The Great Italian, was about the culture-shifting chef who rejected Michelin Stars. The film opened in 2018 in over 70 screens in Italy and sold internationally. She produced Coming Down The Mountain, a documentary on mental health after injury featuring international athletes, and produced for ITV’s mental health series Harry’s Heroes. Her films have been funded by Arts Council England, the Stefan Allesch-Taylor Fund and Genera Films and she has participated in the BFI Producers Lab. In 2019 Elettra founded PEACH Producers’ Collective to unite UK-based producers and create a platform for writers and directors to find the right producer.

With a background in journalism and broadcast, Kate moved into producing in 2016. She has since graduated from the NFTS with an MA and founded London-based La Pêche Productions, which is currently developing a slate of film and TV projects.
Kate produced the 2018 experimental short, The Girl With Two Heads, directed by Betzabé García, won Best Short at Les Arcs and Morelia, and won the Orona Award for Most Innovative Short at San Sebastian in 2018. It also screened within the Official Selection during Semaine de la Critique at Cannes and at Rotterdam in 2019.
The 2019 animation Almost There, directed by Nelly Michenaud, saw official competition at Edinburgh and Animafest Zagreb and won Best Animation at the Prague Film Awards and the Young Talent award at Animateka.
Under the banner of La Pêche, Kate produced, alongside Alex Blue, Alex Seabright’s End-O starring Sophia Di Martino, which premiered at the 2019 BFI London Film Festival. Kate is currently developing work with Olivia Hetreed and Trim Lamba and is in pre-production on short Lilias Adie, written and directed by Elize du Toit.

Taratoa is a Writer/Director born in Aotearoa (New Zealand), based in London. His father was English and his mother is Māori (Ngāti Raukawa, Ngāti Tūwharetoa). Taratoa’s feature project, Mārama, a Māori revenge horror set in Victorian England, won BFI Early Development Funding and was selected for the imagineNATIVE 2020 Indigenous Screenwriting Intensive programme, supported by Netflix. Taratoa was part of Edinburgh’s Talent Lab in 2019. His short films have screened in festivals including Angers, Berlin, London and Busan, and have been broadcast on BBC2, BBC3, Film4 and Canal+. His award will support the development and writing of three projects, Mārama, Taumanu (Reclaim) and Emkhatsini (Between), an expanded version of his last short, shot in Eswatini.

Jonny is a freelance consultant working in distribution and exhibition based in Newcastle. After a career in programming and marketing, Jonny was made redundant in 2017 and used his 20+ years of experience in the independent cinema sector to set out on his own. He now works with filmmakers, venues, festivals and distributors, providing support to bring their projects to the public. Jonny is an Advisor on BFI FAN, is Chair of the Board at Queen’s Hall in Hexham, Northumberland, and is a visiting lecturer on an MA film course at Newcastle University. Jonny’s award will support the development of his distribution and exhibition consulting work and slate.

Back to the John Brabourne Awards