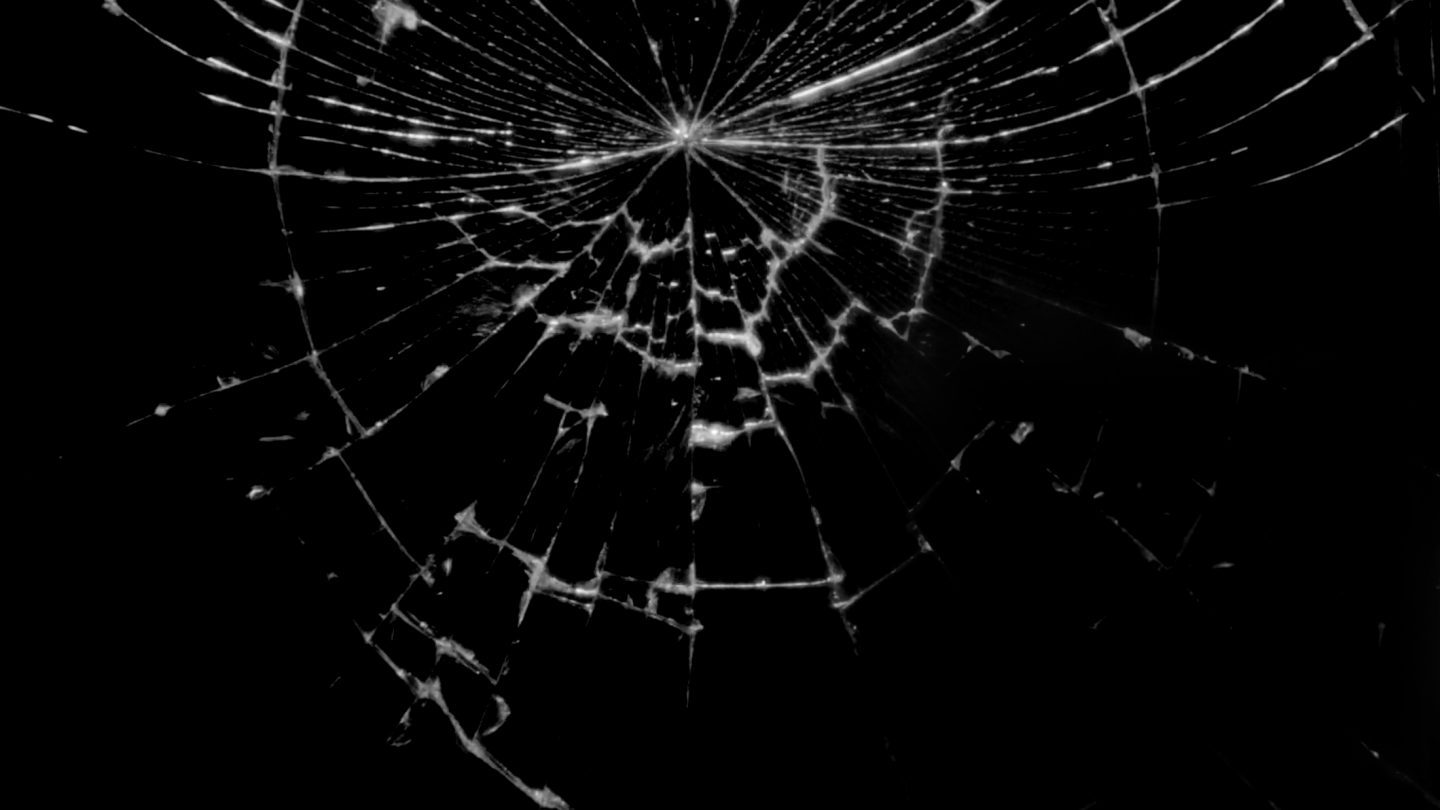 The BFI and BAFTA today announce the next stage of ground-breaking work to tackle bullying, harassment and racism in the workplace with a new employer Action List for the film and television industry, as The Film and TV Charity launches new services, providing immediate support for workers.

The announcement comes as Equality and Human Rights Commission (EHRC) guidance on harassment at work is expected to become a statutory code of practice in the coming months, and filming restrictions and remote working during the pandemic have created additional pressures.

The Action List is part of a wider industry mobilisation and call for employers to commit to following the latest advice to meet their legal and ethical responsibilities and signpost workers to available support.

Research commissioned by The Film and TV Charity, published in February 2020, which collected data on more than 9,000 workers, revealed that bullying remains highly prevalent – across all sub-sectors, 84% had experienced or witnessed bullying or harassment, with even higher figures in some sub-sectors. Those who had experienced bullying were twice as likely to want to leave the industry and highly likely to have had mental health problems. The charity’s new bullying support services have been developed in direct response to this need.

The new Action List is based on the Set of Principles and Guidance published in 2018 developed by the BFI in partnership with BAFTA and in consultation with organisations across the film, games and television industries in response to urgent and systemic issues around bullying and harassment exposed so shockingly through cases such as the Harvey Weinstein allegations and subsequent conviction. In July 2020 the Principles and Guidance were updated with a specific commitment to anti-racism in recognition of widespread failings highlighted by the Black Lives Matter movement.

The Guidance outlines the law around bullying, harassment and racism, and also includes sexism, ableism, homophobia and other forms of discrimination. It sets out the responsibilities of employers, and provides advice for employees and freelancers. A supporting Dignity at Work Policy, developed in partnership with Bectu, provides a template for companies, productions and festivals to complement the Guidance and Principles to tackle workplace bullying and harassment.

The new Action List for film and television launched today, which joins one for the games industry already in place, outlines simple yet effective actions that all employers can take to prevent and tackle workplace bullying, harassment and racism and demonstrate their commitment to tackling the issue.

The Action List makes further recommendations including ensuring all employees and freelancers are aware of the new suite of bullying support services launched today by The Film and TV Charity.

The Film and TV Charity has today launched a suite of new services to provide more support for individuals who have experienced or witnessed bullying including: the Bullying Pathway Service, accessible via the charity’s existing free and confidential 24-hour Film and TV Support Line 0800 054 00 00, offering free, confidential and independent industry-specific legal, HR and mental health advice; and digital incident-recording tool Spot, accessible via the charity’s website, which can be used by anyone to create a confidential private record of something they’ve experienced of witnessed. The new services have been created as part of the Whole Picture Programme, the pan-industry movement for better mental health. Find out more.

Lucy Tallon, Head of Mental Health and Wellbeing at The Film and TV Charity, said: “The Film and TV Charity is pleased to be part of this pioneering pan-industry commitment to end bullying and harassment. Our research identified bullying as one of the leading causes of poor mental health in our industry. The personal testimonies we heard and continued to hear are shocking. We must do better as an industry. The Film and TV Charity is launching a suite of services to help those experiencing or witnessing bullying navigate their options. Individuals can come to us for self-help resources, for professional advice, and for access to a safe digital space to record experiences in private. These services are part of our strategy to make sure everyone working in film and TV has better support and better mental health.”

Adeel Amini, Chair of the pan-industry Coalition for Change, and Founder of the TV Mindset, said: “The Coalition for Change is focused on raising awareness of the urgent need to improve working conditions for everyone in our industry and we continue to push for widespread cultural change. Bullying, harassment, racism, ableism and other forms of discrimination have no place in what should be a supportive, creative environment, so we’re happy to be supporting the BFI and BAFTA as they step forward with practical advice on how to combat a pernicious culture, and to have been involved in creating new services to support workers with The Film and TV Charity.”

Tim Hunter, Director of Learning, Policy and Inclusion at BAFTA, said: “The nature of our industries can make it more challenging to put in place policies and procedures which might be more achievable in other sectors. The Action List and accompanying training and resources suggest solutions for the kinds of workplaces common in the industries which we will continue to improve in the coming years. It’s so important that so many industry bodies are coming together with a united strategy to tackle this issue supporting both employers via the Action List, and workers via the fantastic services offered by The Film and TV Charity. Our shared aim is to create workplace cultures where everyone can contribute to the best of their abilities.”

Jen Smith, Head of Inclusion at the BFI, said: “We’re delighted that so many organisations across the screen industries have already adopted the Guidance and Principles, but we know from our conversations with industry that more structured support needs to be within every workplace to prevent and reduce instances of bullying, harassment and racism. The Guidance, Principles, Dignity at Work policy and the Action List are working documents that we will continue to refine, as well as building even more complementary resources.

“We have demonstrated our dexterity and adaptability as an industry in the face of a pandemic; as production begins to increase again, in the face of the visceral inequality that the pandemic has laid bare, the BFI and BAFTA want to share these resources widely as we believe they can immediately improve that lived experience for our workers and act as a very useful point of reference for employers.”

Dame Heather Rabbatts, Chair of TIME’S UP UK, said: “It was just over three years ago when TIME’S UP UK, in collaboration with BFI and BAFTA, launched the Bullying, Harassment and Racism Principles and Guidance for industry calling out unacceptable behaviour. Three years on, whilst awareness has been heightened, we need these resources more than ever and so we welcome the Action List released today to bolster our armoury to help eradicate these toxic practices. At TIME’S UP UK we are soon to release a series of safety guides for people working in the entertainment industry, free resources to empower arts and entertainment workers with information about their rights, industry-specific norms, and practical ways they can advocate for themselves and their safety and help people understand that no matter your situation, you have options.”

Philippa Childs, Head of Bectu, said: “Bectu has worked with BFI and BAFTA over many years to develop practical solutions to tackle bullying and harassment in the workplace. The guidance being re-issued today includes a simple template policy to help employers deliver on their legal responsibilities to all workers on-set.

“We want to see employers deliver more for their workers than the legal bare minimum, which is why we are pleased that the guidance also includes Bectu’s recommendation that all productions have a designated individual who can take reports of bullying and harassment. We will be working with BFI, BAFTA and ScreenSkills to draw up a template of responsibilities for this role.

“The industry quickly came together to agree Covid supervisor roles last year, and we hope to be met with a similar can-do attitude to tackling bullying and harassment.”

Seetha Kumar, CEO, ScreenSkills, said: “It is so positive that the industry has come together to create a better, fairer working environment by addressing unacceptable behaviours that have no place in it. We at ScreenSkills already provide a range of training, e-learning and resources – including some supported by the BFI with National Lottery funds – to help the industry identify and tackle bullying and harassment and racism so companies and productions as well as individual freelancers can play their part in creating safe and welcoming workplaces for everyone.”

Andy Harrower, CEO of Directors UK, said: “It is vital that as an industry we create an urgent and meaningful response to the systemic issues of bullying, harassment and racism. Ensuring everyone is treated fairly, professionally and with respect should be the first priority of every production. This additional tool to support the industry principles and guidance makes the advice accessible to all productions and empowers them to take action regardless of their size or budget. We are pleased to support this work today and will continue to work with our colleagues to prevent unacceptable behaviour in the workplace.”

PREVENTION OF BULLYING, HARASSMENT AND RACISM GUIDANCE
KEY POINTS FROM THE ACTION LIST FOR FILM AND TELEVISION